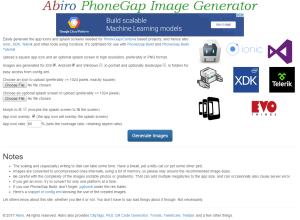 Used by many PhoneGap/Cordova developers, PhoneGap Image Generator has lately been improved to better cater to current needs for image assets, including:

The PhoneGap Build tutorial and template have been updated to reflect these changes.